We recognize the importance of sustainably maximizing corporate value and contributing to society, and of gaining all stakeholders’ continued trust. Accordingly, we have adopted the system of an Audit & Supervisory Committee to improve our corporate governance and enhance our management’s soundness and transparency by strengthening the directors’ supervisory functions. Through the Committee, we will secure transparency in management decision-making and supervision of business execution. We will also establish an internal control system and we ensure its thorough operation while striving to maintain and strengthen corporate governance.

The Board of Directors consists of nine directors including four (all outside directors) who are members of the Audit & Supervisory Committee. We have thus established a system that enables outside directors to conduct management decision-making from a broader perspective and external supervision of management, while drawing on their insights on corporate management and their fields of specialization based on abundant practical experience. The Board holds a regular monthly meeting, in principle, as well as extraordinary meetings as needed.

Composition of the Board of Directors

The Audit & Supervisory Committee comprises four directors. All Committee members are outside directors; three are independent directors. Director members of the Committee provide oversight from their independent perspectives on corporate management, bringing expertise in areas such as legal affairs and accounting, as well as executive experience at other companies. Director members of Committee express opinions on directors’ performance of duties, at meetings of the Board of Directors and other meetings. To monitor governance and its operational status and to audit and supervise directors’ daily activities, including their performance of duties and day-to-day activities, holding monthly Committee meetings for this purpose. The Committee also convenes meetings with the Internal Auditing Department and accounting auditors, sharing pertinent information for auditing.

We have taken a range of measures for enhancing corporate governance to achieve management soundness and transparency. In 2015, we adopted an Audit & Supervisory Committee system with four outside directors. In 2019–2021, we have strived to ensure independence by selecting and increasing the number of independent directors. In 2021, we added a female director (bringing the number to two) to increase the Board’s diversity. Decisions about remuneration for directors (excluding Audit & Supervisory Committee members) will now be decided by a resolution of the Board of Directors instead of the Representative Director. The skills matrix of each director will also be disclosed.

Evaluation of the Effectiveness of the Board of Directors

To assess the business management, etc., of the Board of Directors, as delegated by the shareholders, we conducted an effectiveness evaluation of the Board. Based on the results, the Board implements its own PDCA cycle to enhance corporate management.

In the effectiveness evaluation process for the fiscal year ending May 2022, the Audit & Supervisory Committee held deliberations and expressed opinions based on the evaluation results of each director. The Board discussed the results, arrived at a shared awareness, and decided on steps for improvement. In these evaluation results, many respondents stated that the Board’s performance was appropriate or mostly appropriate regarding the major assessment items: responsibilities of the Board, the Board’s size and composition, frequency of Board meetings, the Board’s decision-making process, and the quality of information provided. It was thus judged that the Board’s effectiveness had been ensured.
Considering the view that the Board needs to conduct deeper discussions and that a better training system for directors is required, given the business scale and the responsibilities to a listed company are increasing, we will formulate a roadmap for improvement, and implement measures to improve the Board’s effectiveness, including creating educational opportunities by ensuring more appropriate agenda items for the Board and setting up dialogues based on specific cases, among other measures.

We consult with our outside directors in advance regarding our policy for determining base remuneration amounts and performance-linked and non-monetary remuneration for directors and other related matters. After receiving their opinions, the content of these policies is determined through a Board resolution.

Introduction of remuneration linked to company performance and non-monetary remuneration will require a Board of Directors resolution. In adopting such a remuneration system, a Board resolution will also determine how the system and amount (calculation formula) are decided, and the proportion of each remuneration type making up individual remuneration. From fiscal 2023 onward, individual remuneration for directors (excluding Audit & Supervisory Committee members) may include distribution of price-linked stock options as a medium- to long-term incentive. Based on factors including the business environment and remuneration levels at other companies, such stock options incentivize directors’ performance, maximize their desire to contribute, strengthen correlation with the stock price, and encourage appropriate risk-taking. The ratio to basic remuneration, appropriate limits, and conditions will be established.

Determining the Timing and Conditions of Payment/Distribution of Director Remuneration

Directors receive fixed monthly remuneration. The timing of distribution of price-linked stock options adopted as individual remuneration for directors (excluding Audit & Supervisory Committee members) from fiscal 2023 will be considered based on factors such as past distributions and years of service. This does not preclude other costs to be paid as compensation that may arise separately.

Individual remuneration for directors (excluding Audit & Supervisory Committee members) is determined by a Board resolution. Such a resolution can be made when approved by a majority of directors and by all independent directors. We have also introduced a Stock Acquisition Rights Trust and the Performance Target-linked Stock Acquisition Rights, which aim to provide directors with incentives to improve corporate value over the medium-to-long term.

Policies and Procedures in Nominating Candidates for Directors and Dismissing Directors

We strive to ensure that Board deliberations are thorough by providing Board documents, explanations, and relevant information in advance for the directors to fulfil their auditing and supervisory functions. A dedicated secretariat has been assigned to support the smooth performance of duties for the Audit & Supervisory Committee, comprising outside directors. The secretariat’s participation in major meetings and access to key documents enable the provision of reports and other information to the Committee in a timely manner as required. It also provides opportunities for third-party training of outside directors, for which the company covers the expenses.

We have established the Rules on Management of Subsidiaries as the basic policy for involvement in the management of our subsidiaries, and we have strived to develop a system leading to stronger Group governance. This includes efforts such as concluding business management agreements with subsidiaries pursuant to these Rules. The Internal Auditing Department implements regular audits to verify whether our subsidiaries’ business operations comply with laws, the Articles of Incorporation, internal rules, and other regulations. 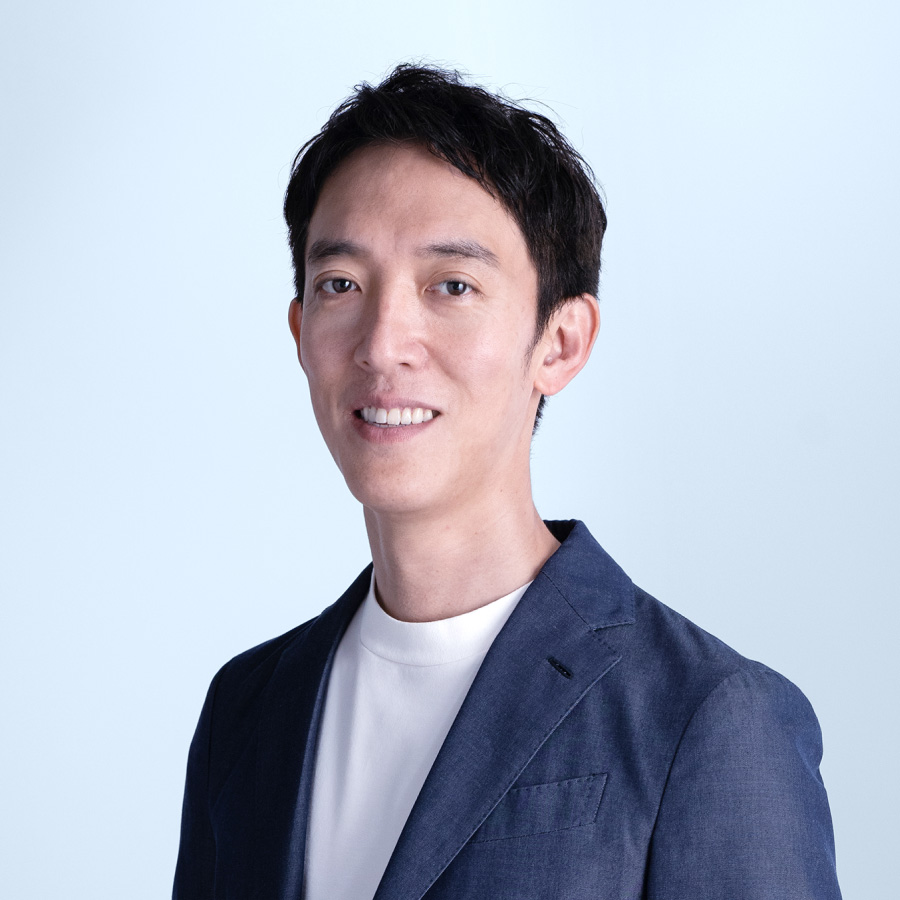 Chika began his career with Mitsui & Co., Ltd. After moving to the IT Marketing Division, he relocated to Silicon Valley to work with local venture companies to develop their Japan-focused businesses. After returning to Japan, Chika launched an internal venture and worked for an affiliated company, after which he founded Sansan, Inc. in 2007. 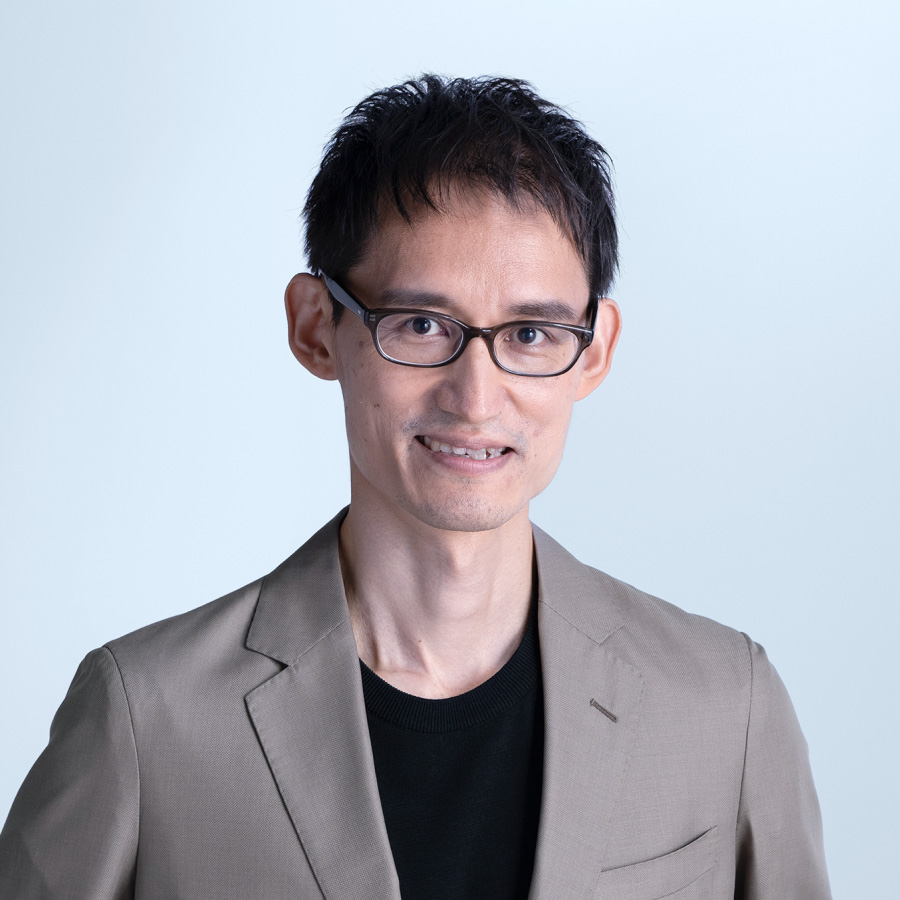 Kei began his career with Oracle Corporation Japan, and was based in Shanghai and Bangkok, taking charge of market development across Greater China (China, Hong Kong, Taiwan), Southeast Asia, and India. In 2007, Kei co-founded Sansan, Inc. and led business efforts for Sansan the service for sales DX. Now as CRO, he oversees company-wide operating revenue.​ 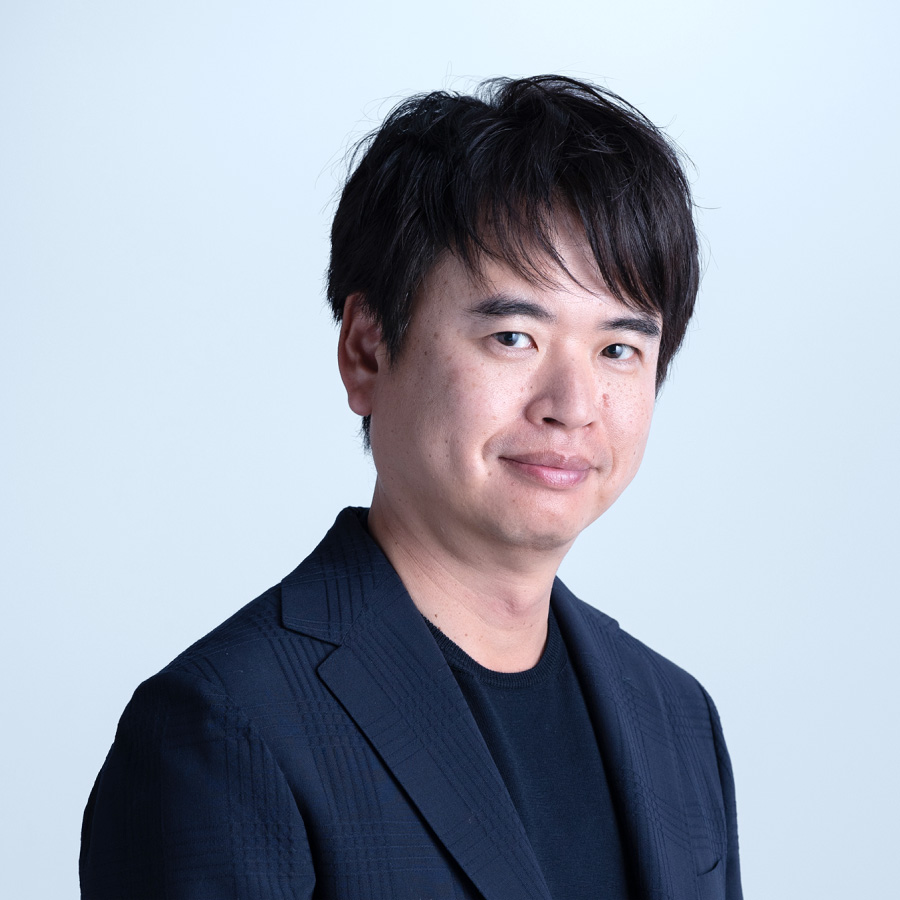 Kenji co-founded Sansan, Inc. in 2007, after working with Bussan System Integration Co., Ltd. (now Mitsui Knowledge Industry Co., Ltd.), where he designed and developed mail systems for major mobile carriers. Since 2012, he has been in charge of the Eight B2C contact and career management app. Now as Engineering Division Head, he oversees the company-wide technology strategy and strengthens its engineering group.​ 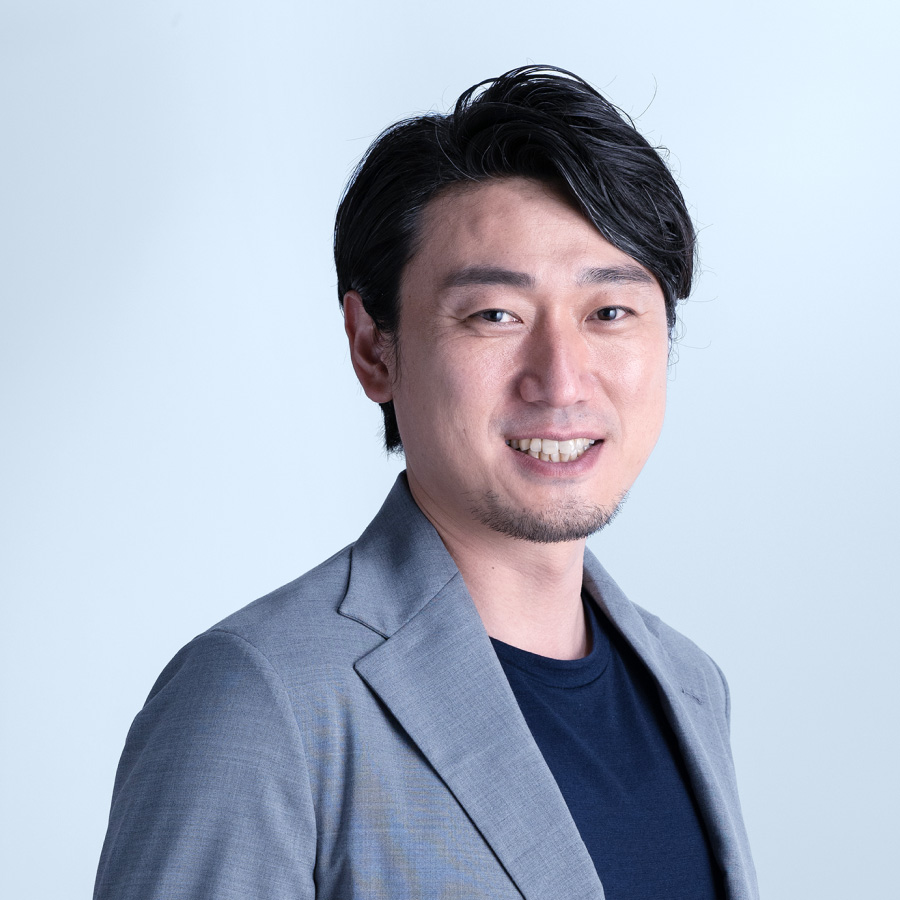 Yuta began his career at a human resources company, where he helped launch a consulting service. He then went independent and served as a director for a venture firm in recruitment. Yuta joined Sansan, Inc. in 2010 as a Manager in sales and later became the head of HR. As Chief Human Resources Officer (CHRO), he leads strategies for optimizing the value and productivity of Sansan’s workforce. 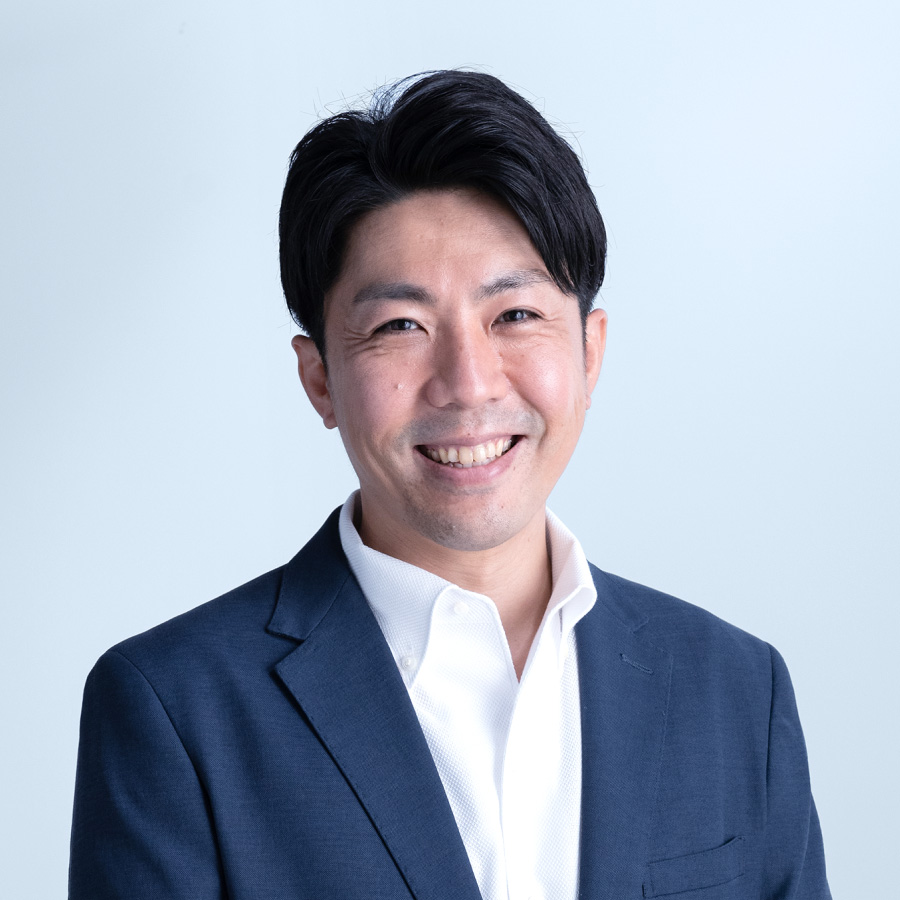 Muneyuki worked for foreign securities companies in Tokyo and New York for nearly 9 years, providing M&A and financing advisory services. He then moved to a group company of the Development Bank of Japan to work in private equity. He joined Sansan, Inc. in 2017, and was appointed CFO in 2018 to lead the company’s financial strategy. 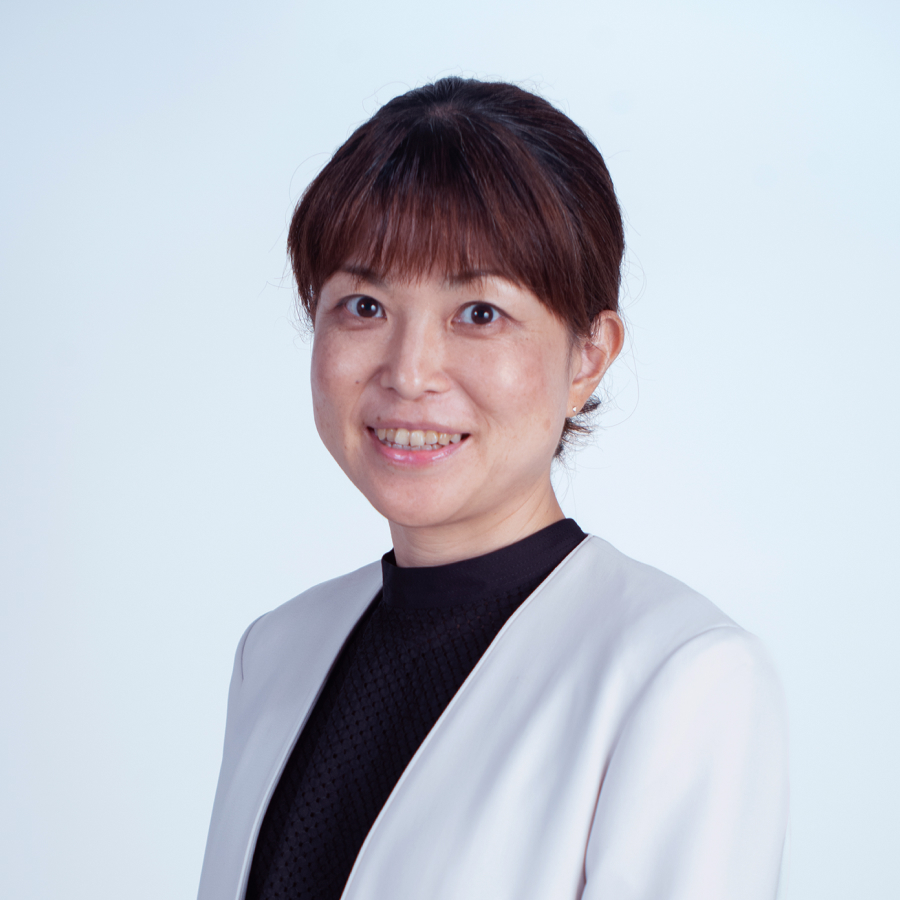 Maki, an attorney at law, was admitted to the New York State Bar Association after working since 2003 at TMI Associates. She joined the Shintaro Sato Law Office in 2017 and has been a member of the Dai-Ni Tokyo Bar Association since 2021. She became an Outside Director of Sansan, Inc. in August 2022. Her expertise is in corporate legal affairs and compliance, and she provides recommendations from a legal and diversity perspective. 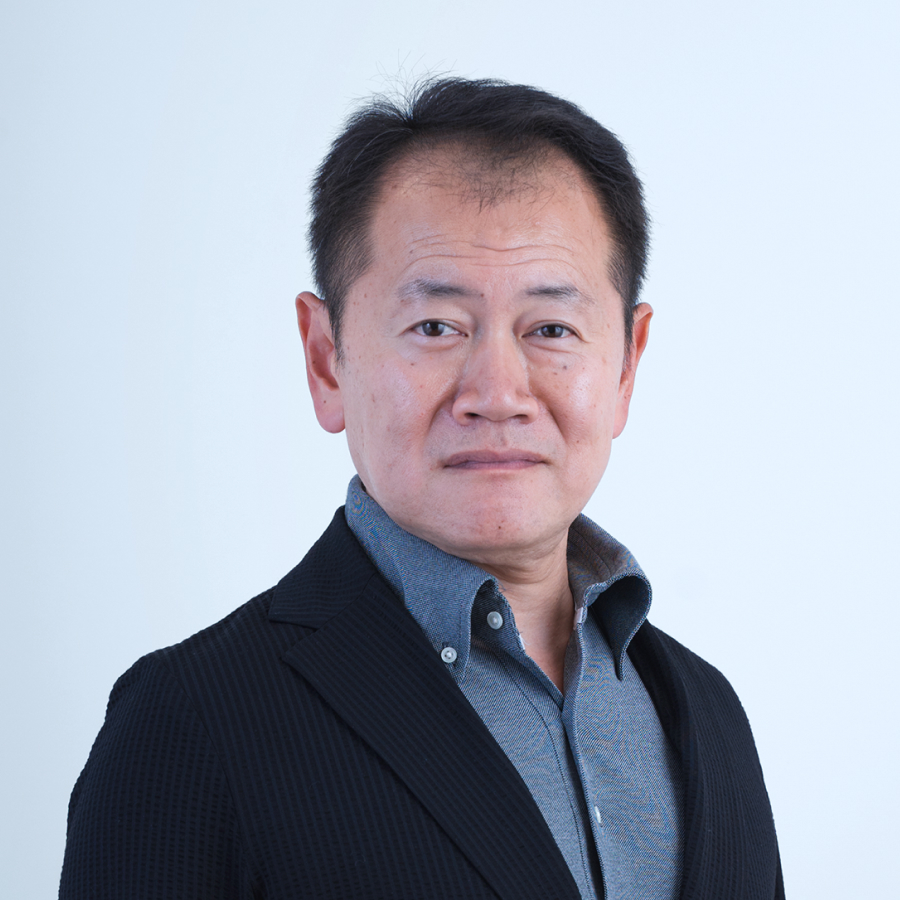 Toru is a General Partner at Incubate Fund. Following his involvement in investment development tasks at Japan Associated Finance Co., Ltd. (now JAFCO Group Co., Ltd.), he founded his own venture capital company. Having become an Outside Director of Sansan, Inc. in August 2007, he makes general management recommendations. 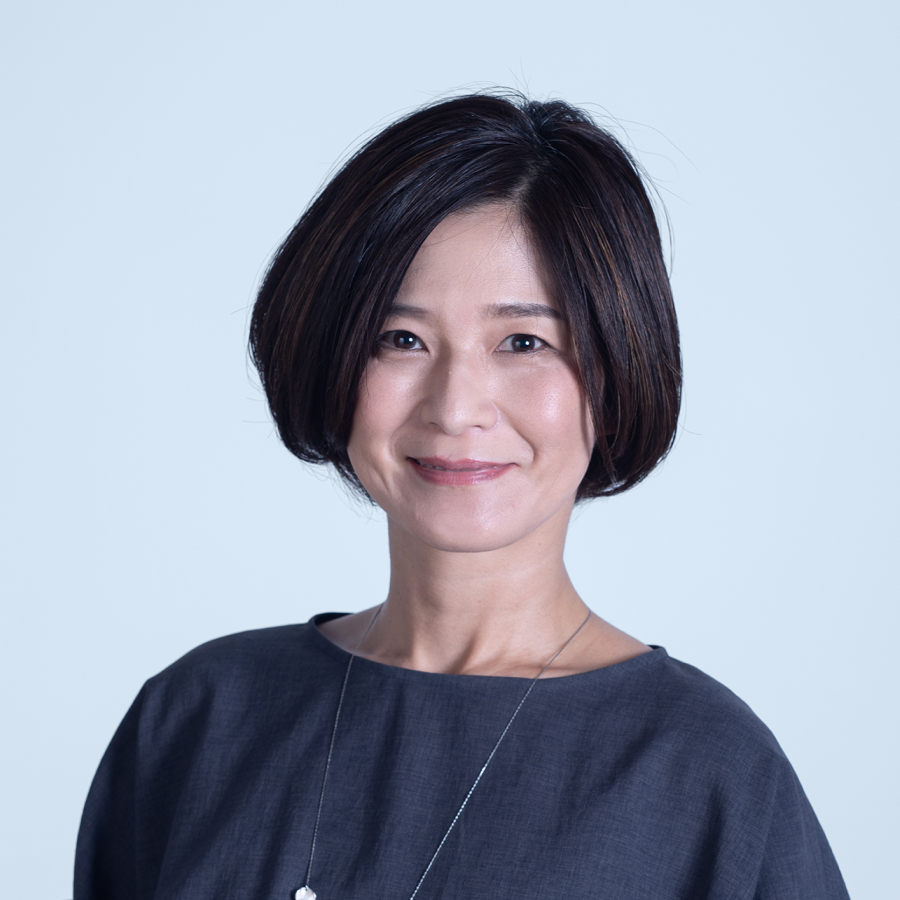 Toko is a Director at CyberAgent, Inc., a Junior Accountant, and a Juris Doctor. After working with Japan Airlines Co. Ltd., she joined CyberAgent as a Standing Auditor, and in 2017 became a Director. Toko became an Outside Director of Sansan, Inc. in August 2021. She gives guidance on auditing and diversity, applying accounting and legal knowledge along with corporate experience.

After working with DENTSU Inc., Taro founded dof inc. in 2009 and became its CEO. He is also working as a Communication Designer. Taro became an Outside Director of Sansan, Inc. in August 2022. He provides recommendations on general management issues based on his extensive experience as a communication designer and the insights he has acquired as a board member of several companies.